Summary : Has it’s clone quirks, but is a solid performing mod.

I had been kicking around the idea of getting a copper mod for a while now. I decided instead of going all-in on a authentic, high-end mod, I’d check out the clones available from numerous vendors, and try one out. After much deliberation, I finally pulled the trigger on the Copper Nemesis mod from HCigar. I got this as a review unit from Ace of Vapes – Brandon, who runs the store is an awesome guy, and I totally recommend his shop.

Upon receiving my vape mail, I tore into it to lay my eyes on this copper beauty. It comes in the normal HCigar brown box, wrapped in a plastic sleeve. Right out of the box, it’s just plain gorgeous. Also, it’s quite smelly – we’ll get to that a little later. It came fully assembled, so I took it all apart, and did a normal cleaning just to get rid of any left behind machining oil. While cleaning, I didn’t notice much coming off of the mod, so I’d say it comes pretty clean from the factory, but your results may vary.

There were 8 pieces total. The firing button (with Atmomixani branding) , 5 tube sections (2 longer, 1 with the Nemesis logo and serial number), the top connection, and the adjustable airflow ring for the top. I’m not going to get into the whole Clone War about the logo right now, but I’ll address it briefly later. The top has a normal 510 connection, with an adjustable pin (Score!).

I assembled it back together for a 18650 setup, and put my Omega (HCigar) on it. The threads on the Copper Nemesis are very nice. Not crunchy or sticky at all.for the 18650 setup, I used the firing button, the 2 larger tube sections, and the top cap. This may be different depending on if you’re using a flat top or nipple top battery.

Time to fire it up. Instantly, I could tell this was firing harder and quicker than previous mods I’ve had before. The time from pressing the button to when I’d say the coils are going at 100%, is almost instant. The firing button is kind of quirky, though. Sometimes when holding the mod, depending on what finger I’m using to fire, the button will crunch just a little bit when pressed. This isn’t a deal breaker for me, but to some it’s like nails on a chalkboard.

So other than the (sometimes) crunching firing button, what are my other gripes with this piece? For one, the smell is a little off-putting. If you know how a penny smells, you know how this mod will smell – very metallic. And that smell is going to transfer over to your hand.  Another thing that will transfer over to your hand – and I’m not sure if this is from copper mods in general, or just this particular one – is a green tinge on your hand. It’s by no means glaring – nor does it happen quickly, but after a long stretch of using it, the crook between my thumb and pointer finger had a faint green splotch. This makes me a little sad, considering metal turning my skin green was always something I’d associated with cheap metal. Then again, I’m no metallurgist, so this just might be something that happens when copper is in contact with the oils in your hand. I’m also not a huge fan of clone makers replicating the original logo/brand name on them.  Also, copper is a somewhat soft metal, so be careful not to tighten any of the threads like a gorilla. If they seize up, you’ll play hell trying to get them apart again.

I’m eager for the copper to age over time and have a very rustic “old penny I found on the street” type look to it. After only a week or so, that transformation is starting.

Overall, the Copper Nemesis by HCigar has its quirks, but is a great mod. If you’re interested in grabbing a copper mod, but not completely sold yet, this would be a great jumping off point.

Why Choose a Vape Mod Over a Vape Pen?

Yihi SXMini M class – review
Be the first to comment!
Leave a reply » 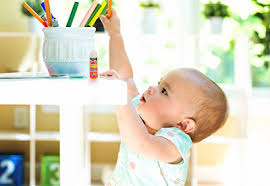 Keep E-liquids away from children. 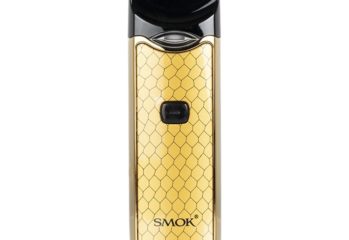 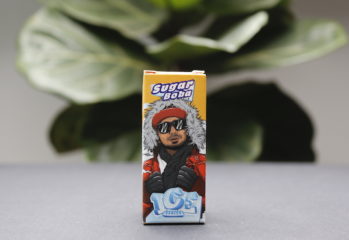