I highly recommend this device, just beware that learning the world of Ni200 can be tough at first due to the extreme softness of the wire.

Disclosure: I ordered this from Eciggity.com and paid full price.

Upon opening the sweet little gift bag that the SXMini arrived in, I was instantly amazed by the feel of it.  Weighted very nicely, and with an excellent feel of quality that other mods have lacked in my opinion.  Inside of the bag, is a box that contains the SXMini itself, as well as the instruction manual and warranty card.

I received a silver faced unit with the black grip section.  The silver face section has had its edges slightly rounded over the original S class model, and lends itself to a much better feel in the hand.  Whether I have the unit with the button towards me thumb firing it, or button away index finger firing it, the feel is simply amazing.  Even with sweaty hands the grip remains undiminished, with the slight texture applied onto the main gripping area.

The unit weighs in at 263 grams, with a Samsung INR18650 installed.  Swapping between my Billow, Derringer, and Troll it remains well balanced and stable when stood upright.  The stability is a big bonus, and a major contributing factor is the battery cover that threads in flush to the bottom of the unit.  There is an option to install an extension tube, with an included set of mylar sleeves for the batteries, and a button spacer that appears to give adjustability to prevent rattle.  I will admit, the battery cap is long threaded, it takes a ton of turns to get it in and out.  I have not had any issues with the threading itself, as it seems to go right in, line up easily and screw into place.

The 510 connection is a piece of art unto itself.  A nice slug of stainless about 1/8th of an inch thick, beveling out from 22mm to what appears to be 23mm at the top edge.  It has what I would call interesting air slots reaching outwards from the center, but not reaching the outside edge, thus limiting their functionality I would think. The 510 itself is hands down the best feeling threading I have ever encountered.

Yihi says that the USB port can be used for charging, but recommends against it.  They prefer it is used only for the system link to update the firmware.  That being said, the manual clearly states the USB is warranted for 3 months, while the rest of the device carries a full year warranty.

Now that we are through with the physical aspects of the unit, lets hit the meat and potatoes!

Temperature control mode is a very unique beast in and of itself.  I struggled when I first started out with nickel wire, like a foreigner in a new land.  The basics I had  a grip on, but the math and function behind it had me lost for a while.  My first few builds, single coils in my derringer, failed with melted wire.  I finally scored successful builds with 8 wraps of 30 gauge in a dual coil setup.  Now that I have a few working builds under my hat, my confidence is growing and I have started figuring it it more and more with each build.

The Joules setting most simply equates to this simple equation:

In my experience in compare output devices, the SXMini is nicer to it’s batteries then I expected.  Against the IPV2,and my IPV Mini V1, which are 50 and 70 watt devices respectively,  The SXMini seems to offer slightly improved battery life.  Yihi lists it at 93% efficient when in single battery mode, and an amazing 96% in dual battery mode.

Addendum: A slick trick for coil building I have found that seems to work well, is to twist a strand of Nickle with a strand of Kanthal in the same gage.  The power will flow through the nickel due to it’s lower resistance, and the kanthal gives you strength in the coil itself to make it easier to build with, and wick.

Why Choose a Vape Mod Over a Vape Pen?

Copper Nemesis Mod by HCigar
Be the first to comment!
Leave a reply » 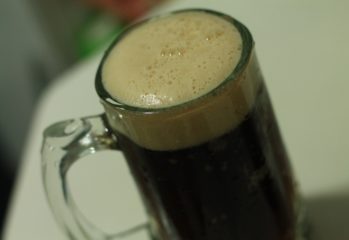 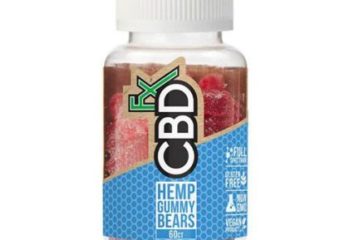 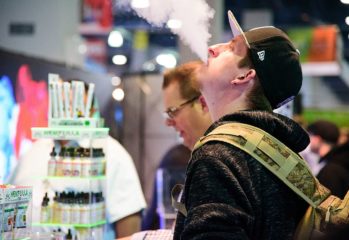